Some ideas are just asking to be shared more! When I saw a post from Lorilee at Cackleberry Cottage about using wine bottles as row markers in the garden, I immediately thought about giving new life to all types of old bottles by recycling them into iris and daylily plant markers.
Being short on empty wine bottles, I used an empty beer bottle instead.  I wrote the name of my plant on the bottle with a pink, waterproof chalk pen, nail polish and a black paint pen.  Maybe I am a bit compulsive? I do like the pink chalk pen the best but only time will tell which method has the most staying power.  To help the bottle stay put, I pushed a 40D nail into the ground and anchored the bottle upside down over the nail head. 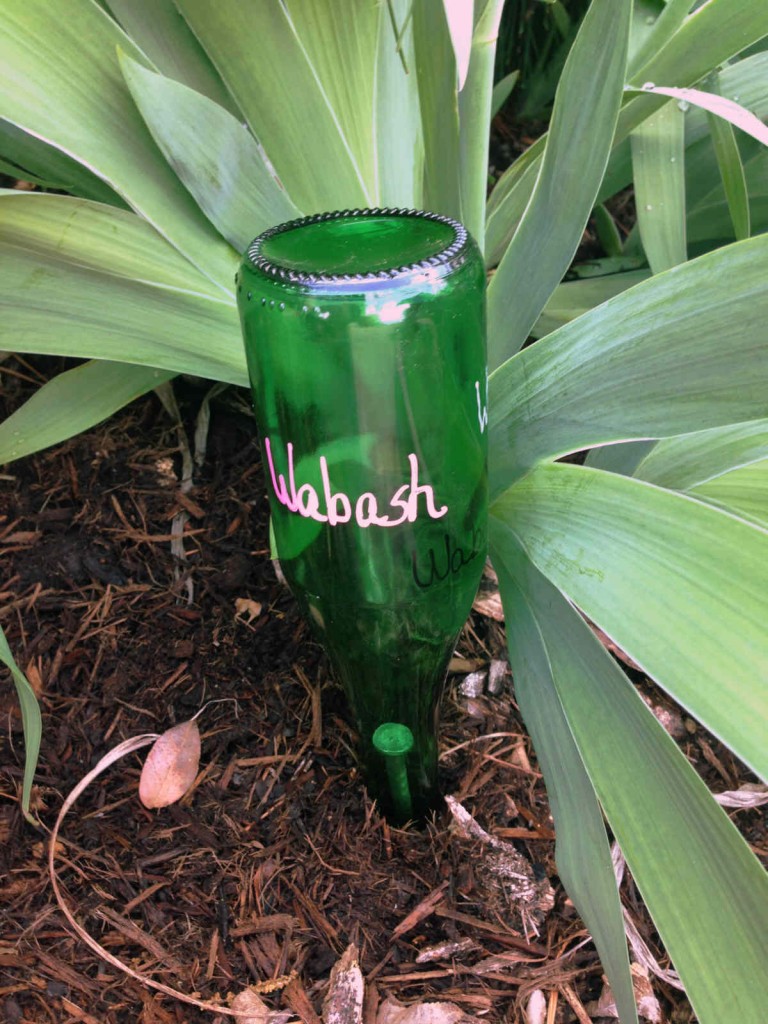 There are lots of reasons to try vertical gardening. The most frequently mentioned is space, but even if you have plenty of room you might want to try it for aesthetic reasons. A vertical garden creates an attractive screen, a focal point similar to a painting on a wall, or shade.

Your imagination is the only limit when it comes to vertical gardening. One of the first times I encountered it was in reading Square Foot Gardening by Mel Bartholomew. As the title suggests, space was the main concern in that book. Bartholomew lays out instructions for growing a number of vegetable garden crops vertically, including watermelon! He uses nets for the melons.

Some plants must be grown vertically for best results. Peas, cucumbers, some varieties of beans, and plenty of other vegetables — not to mention the many types of climbing roses —  require poles, stakes, or trellises. Our fence row is decorated with gorgeous (if invasive) morning glories every fall.

My own current efforts at vertical gardening include a grape arbor: 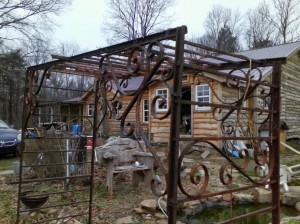 some peas on an old cast iron gate (the pea plants are still tiny): 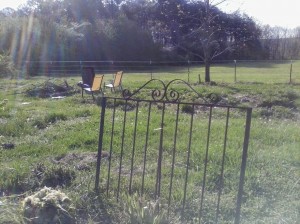 and a structure for a sweet autumn clematis that appeared magically growing up a tree in my front yard last year (I haven’t moved the plant yet — just put together the structure): 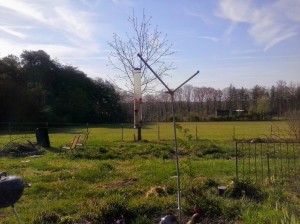 Besides an indulgence of my unpredictable whims, all of these vertical structures are simply to provide interest in the garden. I worry about having too many plants that are roughly the same height — or the same color, or that bloom at the same time. (Sigh. The complications of haphazard gardening.)

Belle uses succulents in a really interesting vertical structure. The wooden structure creates a frame, and the succulents are a variety of color and texture. The whole thing looks like a work of art.

Regardless of how much space you have, you may want to try your hand at growing some plants up and up. The most important thing is to make sure your structure is sturdy enough to withstand the pull and tug of your plants. Before we built the grape arbor, our grape vines pulled down the flimsy gate they were growing on. 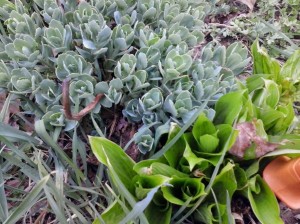 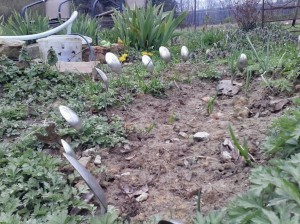 One of the new coneflowers for 2014: Echinacea Passion Flute. We have this variety available on the website now and at our Spring Plant Sale the first weekend of May, 2014. 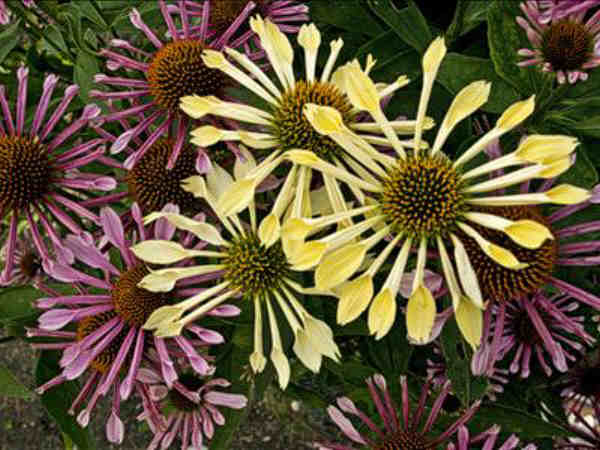 Woot Woot!!
Wheeeeee!!!!
Our first potato plants are popping up! It’s not too late to put out starts.  We put the seed potatoes out very early when it was still quite cold, they made it through a few nights in the high 20s! 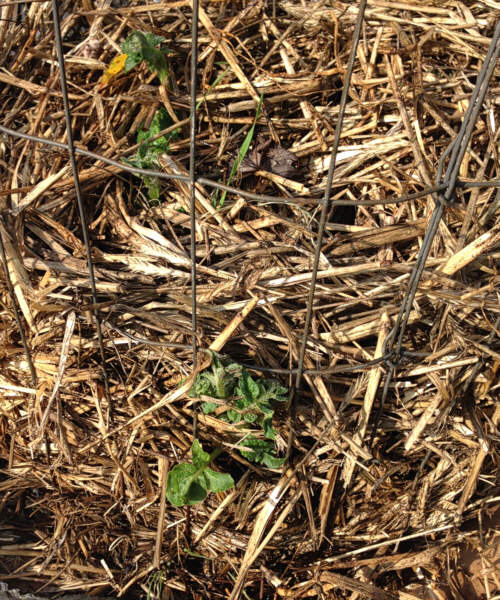 Now that I have your attention, this post is all about taking a little pollen from one plant and dabbing it on the receiving part of another in the hopes of creating a unique new plant.

It’s essential to be able to identify the reproductive parts of a plant, and for an iris that’s not so easy.  Here’s your road map to get started. Find the beards. They look fluffy and inviting. Think of them as the red carpet, leading towards the door #1, the stamen and door #2, the stigmatic lip.  Those two structures are the necessary ones for the iris mating dance.

If you like to try your hand at hybridizing this spring, it’s easy.  Remove the stamen from one variety and rub it into or onto the stigmatic lip of another.  Wait  for about 3 days, if your efforts were successful, the base of the flower will start swelling and growing, eventually forming a fat, oval shaped balloon. Should your stalk break off the plant, don’t worry, just stick the stem into the ground and your pod will continue to mature! It will take about 6-7 weeks for the seeds to be ready for harvesting.

Hummingbirds are always hungry and their favorite food is nectar, be it from the flowers in your garden or from a special feeder.
Please skip the food coloring! Some research suggests this addition is not a healthy choice for birds. The final word is still out on the subject, we suggest erring on the safe side. Choose feeders with prominent colors or hang out some of last years Christmas bows near your nectar feeders instead.