Have you ever been to or hosted a plant swap? A few of my friends have started getting together in the spring and in the fall to trade plants and I attended for the first time a couple of weeks ago. It’s a really nice way to get rid of the plants you need to thin out. 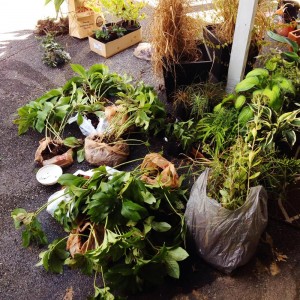 I took oregano, lemon balm, sedum, bee balm, lilies, and cannas. Others brought hostas, hellebores, and iris. Everything found new homes, and then we piled in a car and went to the wonderful Green Thumbs Galore Fall Driveway Sale. Everyone bought a few plants and we joked that next year we’ll be bringing cuttings from our purchases to the swap!

There are lots of reasons plant swaps are fun. You get to hang out with people who have at least one common interest. It’s a fun way to get ideas on how to deal with problem areas in your yard or garden. We talked about things we’d like to do, someday. One person wants to learn more about propagation; I want to learn more about fruit trees. Plus, you might end up with some new plants!

One attendee said the best thing about a plant swap is that if the plant dies, you can blame the person who brought it. That seems reasonable enough to me!

From the plant swap, I brought home some hellebores, for the only shady area in my yard, and some rosemary cuttings. The hostess had a big rosemary plant. It’s the only one I’ve seen that survived last year’s extra hard winter. I’ve got 10 cuttings in water. If they root successfully I’ll take most of them to the next swap in pretty little pots. 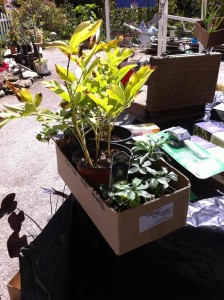 At the sale, I got Russian sage, a crocus, and some gaillardia. I’ve wanted Russian sage for years. It is a beautiful color and has a really wonderful texture. A friend used to grow it and include it in gorgeous bouquets of cut flowers. Gaillardia is simply cheerful. I love the bright color and long blooming period. The crocus was completely an impulse buy — I’m not even really sure what the bloom of a crocus looks like!

The combination of the plant swap and going to the sale was great. I hope that it becomes a set in stone tradition.

A few weeks ago, I wrote about my first attempt at making apple jelly. (spoiler alert: it didn’t go well) As promised, this is the sequel to that post. It’s a good thing the apple trees were productive this year…

Making true apple jelly means extracting the juice from the apples. In all my research, it seemed that most folks cooked the apples until tender then hung them in a cheesecloth bag or strainer over night and let the juice drip down into a bowl.

Since making the jelly on my own was a failure, I decided to get the family involved on the second attempt. The apple trees grow on the family farm, after all. We didn’t have any cheesecloth, but we did find a new, clean, white undershirt — you know the kind commonly called a “wife beater.”

We cooked down the apples, then pulled the shirt over a huge mixing bowl. Of course when we put the apples into the shirt, it just fell down to the bottom. Since we are creative people, and there were about 10 of us trying to come up with a solution, we knew there had to be a way! There was: duct tape.

We taped the shirt to the bowl so that it wouldn’t fall down, put the apples in, and covered the whole mess. The next day…there was about ¼ cup of juice in the bottom of the bowl. I still don’t understand why our brilliant idea didn’t work. But, since it takes about 7 cups of juice to make a batch of jelly we were out of luck. Again.

At this point, I was ready to abandon the entire idea of making a sweet, preserved treat from the apples. I was leaning heavily toward slicing them and making half-cooked pies to freeze and use all winter. Because apple pie, right?

Then, I came across this recipe for Rosemary Infused Apple Preserves, and noticed that 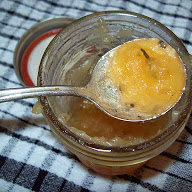 I left the rosemary instead of removing it like the recipe instructed.

you used the whole apple — no need to extract the juice! I had to try one more time. Happily, the same day I made preserves, I’d promised to show a cousin how to bake homemade bread. We ended up with fresh, hot bread and homemade preserves. At the same time! It was a moment of culinary bliss.

This recipe resulted in something that seemed more like applesauce than it did anything else — but the most flavorful applesauce I’ve ever had. Since I’m a rebel, I didn’t really follow the recipe. Here’s what I did instead:

I haven’t tried it yet, but these preserves would be delicious with a strong cheese. Or maybe with a pork roast. Definitely on breakfast toast. Next year, I’m skipping the jelly attempts and going straight for these preserves! 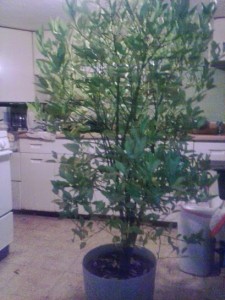 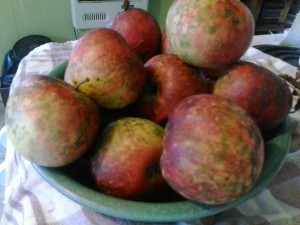 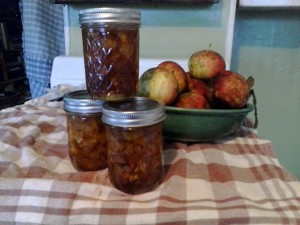